With the eagerly awaited fourth edition of Lancaster’s favourite open-air music event, Highest Point Festival, now just over the horizon, we pause a moment to take in the impressive lineup of recently announced acts and some of the massive tracks we can expect from them at the upcoming party this May.

Continue down the page to find out which ten tracks we’re super excited to sing and dance along across the festival site in just over ten weeks time!

Clean Bandit – Everything But You (feat. A7S)

Grace Chatto and siblings, Jack and Luke Patterson AKA Clean Bandit released this collaborative effort with Swedish dance producer, A7S just last week. Set to be a soundtrack of the coming summer season, this high octane, super catchy, sunny dance anthem will have us all bopping in front of the main stage on Friday evening.

The undisputed king of indie, Richard Ashcroft will perform a score of his biggest solo hits as well as some of those he created alongside The Verve, when he opens the festival on the evening of Thursday 12th May. The track we’re most enthused to hear has to be the late band’s seminal track, ‘Bitter Sweet Symphony’. We’ve all seen the iconic video, we all know the words. It’s bound to be a very special moment.

The young, up and coming British singer, who’s attracting some serious heat from audiences and critics around the world, will grace Highest Point for the very first time this spring. Amidst her repertoire of pop anthems is her latest single ‘House On Fire’. It’s one of those jams that you only need to hear once, and it’s with you for the rest of the day. It should be illegal to make music this catchy.

One for the old school jungle contingent, this classic bass anthem from Shy FX basically defined the drum n bass movement back in 1995 and, if you’ve witnessed it in a live setting lately, it still goes off the same way it did when it was first released all those years ago. Get ready to skank like a man, woman or child possessed to the choppy breakbeats of this seriously banging track.

Basement Jaxx – Where’s Your Head At

A massive tune. Always has been and always will be. Remember the music video? With the monkeys running riot in a testing facility? We’ll be the first to admit that yes, it was a bit uneasy to watch, a little creepy in places, but the track itself…Phwoar. A thumping and  angsty dance record that bares resemblance to the punk sensibilities you’d expect from the likes of The Prodigy. If this doesn’t get you up and moving at Highest Point, we’re not sure what will?!

You could say that English singer-songwriter, Mae Muller is on a bit of a streak at the moment. Her most recent releases have gained some serious attention across the music world, with tracks ‘When You’re Out’ and ‘Better Days’ gaining a combined total of more than one-hundred-and-eighty-thousand hits on Spotify alone. The latest single, the former of the previously mentioned, ‘Better Days’, is a fresh and laid back summer chiller, featuring the lyrical talents of upcoming Chicago rap star, Polo G. It’s a bop!

If you’re already a fan of Low Steppa, you won’t need much persuading to go and watch him at this year’s edition of Highest Point. So, to the people who’ve yet to listen to the Beatport chart-topping, house music legend or experience one of his energetic live sets, these instructions are especially for you. Go grab your headphones, lug in, crank up the volume and listen to his latest dance floor filler, ‘Your Dreams’. Now, try to imagine not being present during his set this May. Unthinkable!

Indie-pop outfit, The Lottery Winners will bring the ‘Sunshine’ to Williamson Park and the partygoers who fill its grounds this May. The Greater-Manchester natives, who’ve collaborated with some of the most esteemed names in popular music – from Boy George to Frank Turner – will have us all with hands in the air, swaying back and forth to this delightfully light and airy pop-banger. A record perfectly suited to a spring/summertime festival.

Linking up with fast-rising drum n bass name, Kanine and with the vocal talents of Aussie-born singer, Penny Ivy, Example’s latest single, ‘Never Let You Down’ is a bit of pearler, to say the least. Already coined a ‘festival anthem’, this had to make it on to our list of top tracks to catch at this year’s Highest Point. Don’t miss your chance to witness it live!

Kaiser Chiefs – I Predict A Riot

If there ever was record you could always rely on to take things to the next level, to make the people go wild and lose themselves, this would surely have to be it. Who doesn’t know this track? Who hasn’t enjoyed a few too many shandys and pogoed around a dance floor to Kaiser Chiefs’ ‘I Predict A Riot’. Never mind predicting one, this record when performed always whips crowds into a riot, a delirious frenzy of sorts, albeit a happy one. Do you want to experience something truly special at a festival this year? We recommend catching Kaiser Chiefs closing out Highest Point 2022 on the Main Stage, on Saturday 14th May. See you there!

Tickets for Highest Point Festival 2022 are in incredibly high demand. Early bird and First Release tickets on Saturday have now sold out with stocks running low across both Thursday and Friday. Act fast and secure yours now. Scroll down to the bottom of the page for more, including payment plans to help you spread the cost of entry. 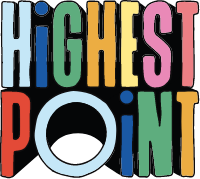